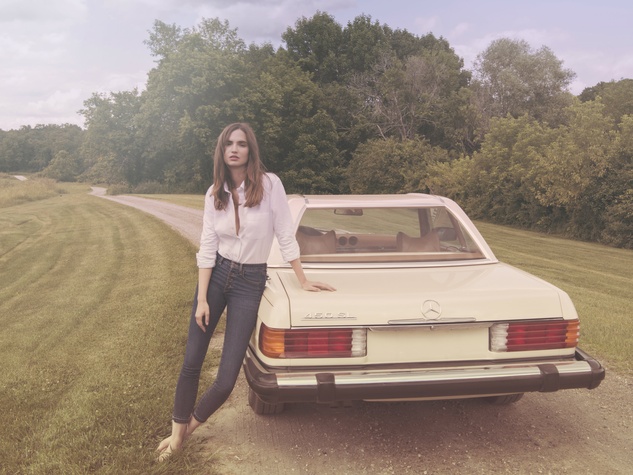 It’s been sold in department stores such as Neiman Marcus and Nordstrom and in Dallas boutiques such as Tootsies, Stanley Korshak, and Canary, but now Veronica Beard is getting its first standalone Texas store. In fact, it’s the first standalone store outside of its two New York City locations, one on Madison Avenue and the other on Greene Street.

The American sportswear brand will open on August 11 at Highland Park Village, in between Theory and Alexander McQueen on the Mockingbird Lane side.

Founded in 2010 by sisters-in-law Veronica Miele Beard and Veronica Swanson Beard, the company is known for its signature Dickey jacket and expertly tailored tops, pants, dresses, and more. Celebrities such as Gisele Bündchen and Sarah Jessica Parker stock their closets with the Americana-steeped pieces, which in the fall of 2017 expanded to include denim and footwear.

“The Veronicas,” as they’re known in fashion circles, had been working in finance and fashion, but each left her respective career to raise children (they have eight between the two families). They noticed a void in the market for cool, classic, and chic clothing that you could actually live in, and decided to design their own.

The Dickey jacket — which now comes in three different styles — was the cornerstone of their uniform concept. The jacket is unique in that it supports a dickey-style hoodie, which attaches with zippers and buttons.