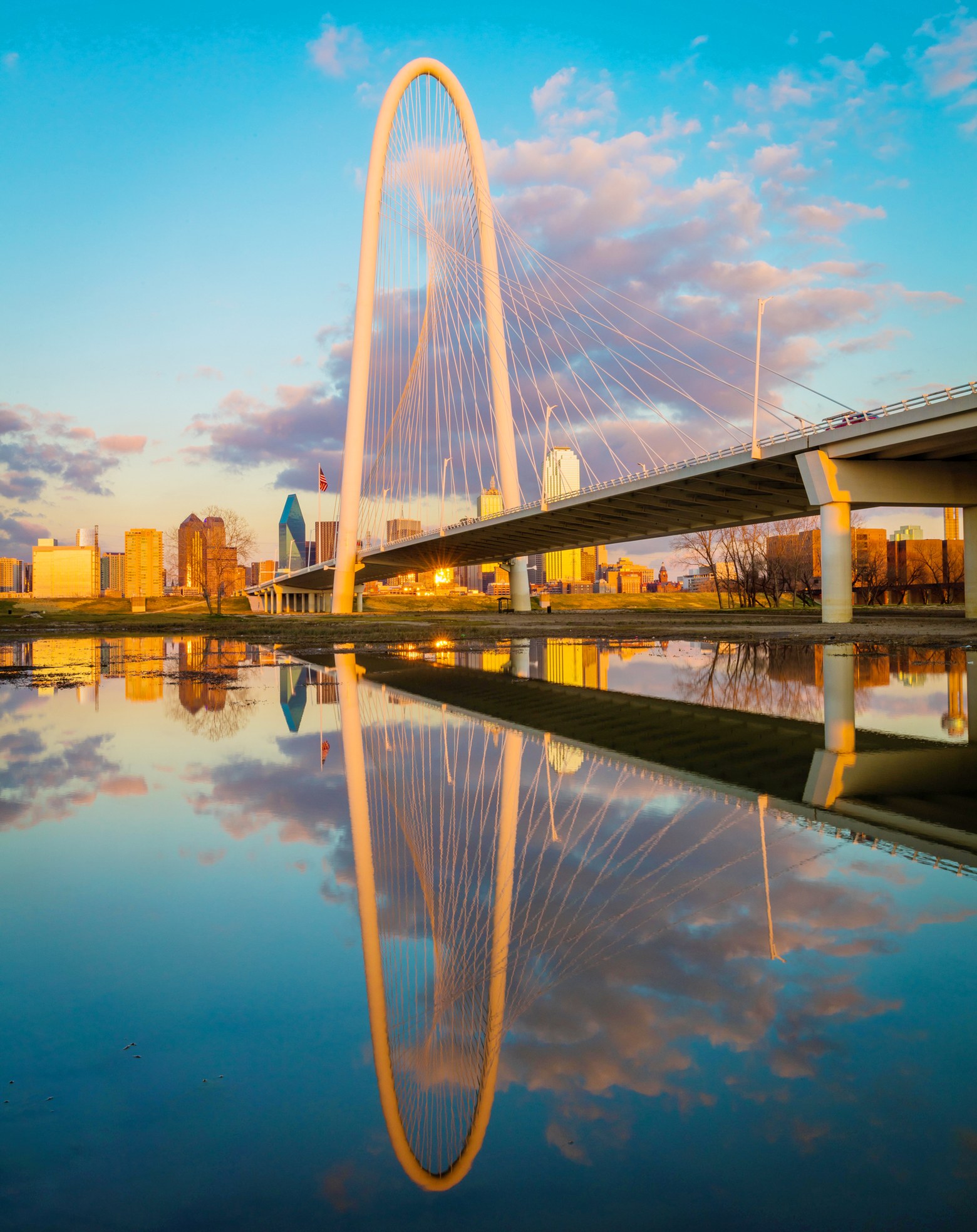 Dallas, Texas’s third largest city, boasts a population of close to 1.5 million spread out over 400 square miles, with an intricate array of streets, highways, turnpikes, and interstates. Not surprisingly, “The Big D” can be intimidating to navigate, and though “Live large, think big” may be the city’s slogan, it might be best to plan one’s visit by focusing on the vibrant districts and neighborhoods that include an increasing number of pedestrian areas with parks and gardens throughout. In addition to an abundance of great shopping, there is a booming wellness industry, a flourishing live music scene, and top-tier culinary options.

Read on for recommendations of where to shop, eat, drink, play, and stay citywide.

Highland Park VillageThink Rodeo Drive–ish done with Dallas flare. Some of the shopping center’s greatest hits include TTH Forty Five Ten (the edgier sister location, curated by Taylor Tomasi Hill), Céline, Bandier, and Hermès. Royal Blue Grocery hits the spot for lunch, snacks, or a cold press, while the Highland Park location of the über-popular Mi Cocina chain houses the Monkey Bar on the second floor, a great perch for people-watching over its signature Cadillac margarita.

AesopAustralian export Aesop recently opened two highly stylized flagships featuring the brand’s botanical skin, hair, and beauty lines. One is located in pedestrian-friendly Knox-Henderson and the other in the vibrant Bishop Arts District. Another location is slated for Northpark Center in the coming months.

Garrett LeightThis fall, leading SoCal optical brand Garrett Leight opened its first Texas location in the heart of the Knox-Henderson district. In addition to carrying an extensive collection of signature refined-retro frames, the 850-square-foot shop features a lab where customers can have lenses custom framed and tinted, a coffee shop, and a colorful light display inspired by artist James Turrell.

ShinseiMore than 10 years ago, friends Lynae Fearing and Tracy Rathbun mused about opening a “little taco stand” together. From that seed sprouted Shinsei, one of the most popular Asian restaurants in Dallas to date. This inviting spot on Lovers Lane serves traditional Japanese dishes such as miso cod and sushi, as well as fusion-y offerings like chili and herb tempura fish with rice noodles, Thai brussels sprouts salad with yuzu vinaigrette, and grilled oysters with Korean chili butter.

Town HearthTown Hearth, the latest venture by local restaurateur Nick Badovinus (see Neighborhood Services, below), is spread out over 6,000 square feet and is nevertheless one of the hardest reservations in town to come by. As the name suggests, it has become the de facto gathering place for multigenerational greater Dallas, a spot for parading, people-watching, and living (eating and drinking) large. In true Badovinus style, the aesthetic is carefully curated and, in this case, decidedly OTT, with 64 chandeliers, sports paraphernalia, a fish tank, and a vintage Ducati. With all that pomp and circumstance, it comes as a pleasant surprise that the amped-up comfort food—steaks, a raw bar, whole grilled fish, gourmet tater tots, mac and cheese—are top notch . . . albeit top dollar as well. Can’t get a table or not ready for the full dinner investment? Snag a perch at the bar.

Neighborhood ServicesAlso on Lovers Lane, visit the original outpost of chef Nick Badovinus’s Neighborhood Services, a purveyor of the town’s New American cuisine. Highlights include raw plates like ceviche and crudo or oysters on the half shell, fried asparagus with a lemon dill Pecorino, West Coast fish-and-chips with a malt vinegar slaw, and the London broil with “voodoo” sauce.

The JouleHoused in a 1920s Neo-Gothic landmark building, the Joule reopened in 2014, spearheading the revival of downtown Dallas. Located directly across the street from Forty Five Ten, this 160-room hotel has a bustling lobby culture, delectable cocktails, art installations, and on-site shopping, all intended to encourage crossover between locals and visitors. While in the hood, be sure to ogle the mosaic of handcrafted tiles covering a six-story corner building, with new gourmet market Commissary on the ground floor.

The JoulePhoto: Courtesy of The Joule

BelmontLocated near the Bishop Arts District, the Belmont is a retro hotel that caters to travelers in search of a dose of easygoing comfort combined with featured artists, on-site music, and a fun bar and patio. Book one of the upgraded suites for a soaking tub and skyline views.

The AdolphusAnother landmark hotel downtown, the Adolphus originally opened in 1912 as the first luxury hotel in the heart of Dallas. Modeled after a Beaux Arts German castle, the property was recently renovated, but its iconic history still shows through.

Klyde Warren ParkThis park is located above the Woodall Rodgers Freeway and connects uptown with the Downtown Arts District. The promenade is particularly popular for its bevy of food trucks, jogging trails, dog run, and weekly events like yoga, dance classes, and meditation meet-ups.

The Bomb FactoryThe Bomb Factory is a large-scale standout event space and concert venue in Deep Ellum, a district famous for jazz and blues in the 1920s and currently undergoing a rapid renaissance as Dallas’s prime entertainment destination. Count on the Bomb to catch big-bang artists such as Bon Iver; Tyler, The Creator; St. Vincent; and Dallasite Erykah Badu.

The Lounge HereLocated in East Dallas, the Lounge Here, aka Here, is a bar and restaurant conceived and created by Julie Doyle and Tony Barsotti, two multihyphenate creatives whose intention is to “whisk guests away into another place and time.” Locals love this unique, thoughtful destination, with decor inspired by 1970s airplane lounges; a snacks and small plates menu featuring renditions of Southern specialties; and a carefully curated cocktail, spirits, and beer offering. Don’t miss the live music on Songbird Sundays.

High & TightLooking for a buzz or a buzz cut? Get either or both at High & Tight, a Deep Ellum barbershop with a 1920s-inspired speakeasy in the back. The feel is cinematic, especially on music nights, when the small stage hosts musicians.