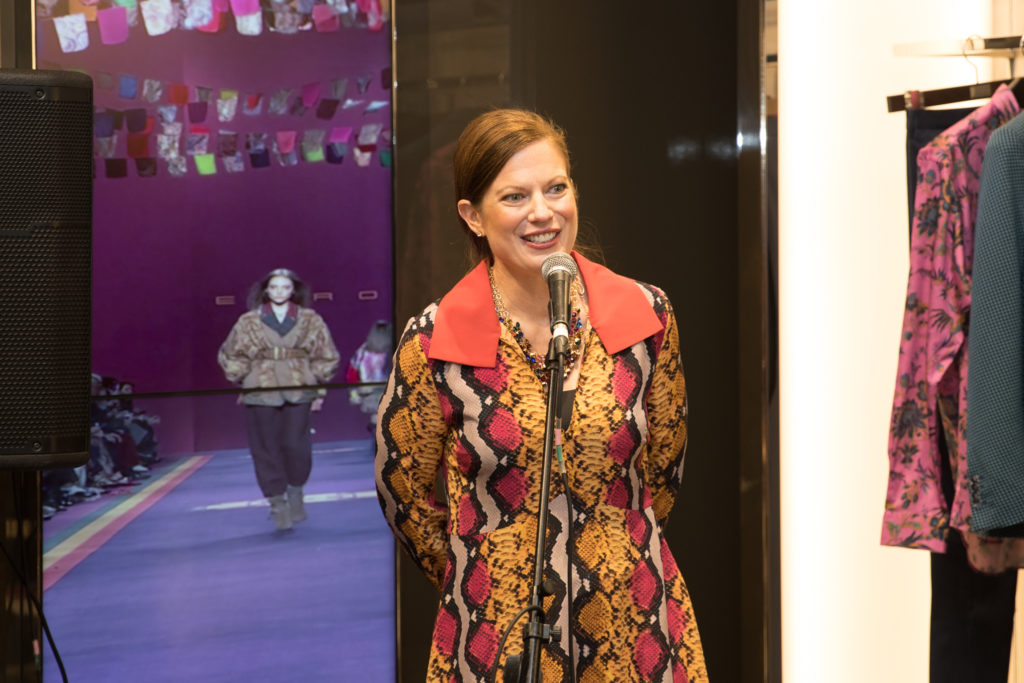 Dallas attorney Kelly Rentzel’s experience with bipolar disorder—and her willingness to talk frankly about it—helped lead to a recent event benefiting the Center for BrainHealth, a research institute that’s part of the University of Texas at Dallas.

The holiday party/benefit event attracted about 75 guests to Etro Dallas, an upscale clothing boutique in Highland Park Village. Ten percent of sales proceeds over a six-day period beginning Dec. 5 were donated to the Center for BrainHealth, Melinda Rathke, the store manager, explained.

The event was organized by Rentzel and Shannon Wherry, who are friends. Said Wherry: “Brain health is something that both Kelly and I are pretty passionate about.”

Kimber Hartmann, director of development and strategic operations for the Center for BrainHealth, said the event’s focus was welcome. “It’s nice that people are starting to think about their brains and their health,” she said. “The brain is your greatest asset, and young people especially are excited” about the center’s activities.

Hartmann also pointed out “the mix” of those in attendance, including Jim Dondero, president and co-founder of Highland Capital; Michael Hurst, president of the Dallas Bar Association; and retired federal and state court Judge Jeff Kaplan.

Live music was provided by Peter Bradley Adams, a Nashville-based singer-songwriter who traveled to Dallas for the event. Adams’ original music has been featured in films including “Elizabethtown” and on TV shows like “Dawson’s Creek.”

But it was Rentzel’s involvement that brought the evening full circle.

The lawyer was diagnosed with bipolar disorder more than two decades ago, she told D CEO Healthcare, and got better with the help of “medication and therapy and hard work and faith. I also listened to a lot of music—specifically, George Harrison’s ‘Cloud Nine’ album.”

That was somewhat ironic, Rentzel said, because listening to the Beatles’ “The White Album” had contributed to her original breakdown.

She suffered a relapse five years ago, she went on, before undergoing successful electroshock treatment.

During brief remarks at the event, Rentzel praised Adams, the musician, whose songs and persona have been described as a warm blanket on a cold night. “He was originally inspired by the Beatles, which I related to,” Rentzel told the rapt crowd with a wry smile. “I just told him to stay away from ‘The White Album.’ “