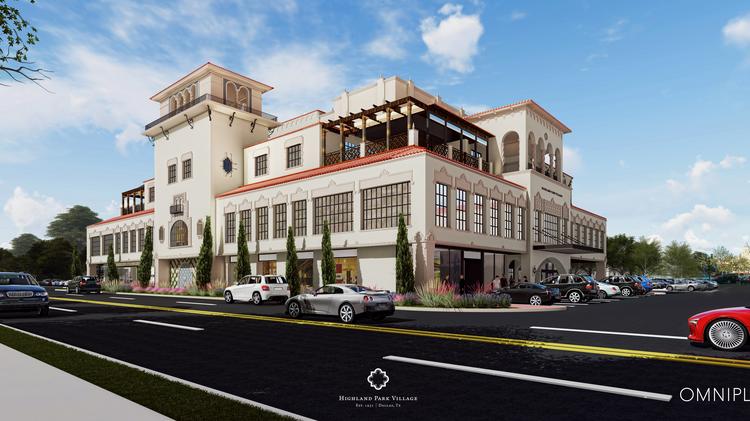 Construction is slated to begin next month on a massive upgrade to Highland Park Village, which will give the iconic Spanish-inspired shopping center a facelift and bring more retail space to this property.

The multimillion-dollar revamp to the tower along Preston Road — on the eastern side of Highland Park Village — includes remodeling and re-tenanting the second and third floors, as well as redoing the ground-floor lobby.

The upgrades will create a 6,100-square-foot rooftop terrace and will expand the third floor by about 19,000 square feet. It will also convert roughly 21,000 square feet of office space on the second floor into retail space, which, upon completion, will be home to the new William Noble Rare Jewels shop.

“We’ve been considering a renovation of this magnitude for years and it’s one of the last pieces remaining to visually pull all of Highland Park Village together and integrate the authentic look of the original buildings that were built 85 years ago,” said Ray Washburne, managing director of Highland Park Village, in a statement.

The tower, which was originally constructed in 1965, will also be home to the newly relocated valet station to help improve traffic flow to better serve guests.

Dallas-based Omniplan is the project designer. The Whiting Turner Contracting Co. is the general contractor.

Omniplan has helped design various retail shops, such as Hermes’ expansion, as the upgrades have continued throughout Highland Park Village.

The redo is slated for completion in mid-2018, with additional tenant announcements expected in coming months.