Wednesday night, Reese Witherspoon generated more buzz in Dallas than your average Oscar winner. There was a Reesemania when she arrived in Highland Park Village for the grand opening party of her Draper James clothing and accessories store.

“I have never felt more welcome in a city in my entire life,” she said as the crowd of invited guests smiled, squeezed closer and raised phones for photos. “I think I’ve been hugged more times today than the entire time I’ve lived in L.A. You know when you have a party and you have that fear no one will come? That’s not tonight.”

Oscar-winning actress Reese Witherspoon made an appearance at the opening of her second Draper James store, this one in Highland Village in Dallas, Wednesday, September 28, 2016. Tom Fox/Staff Photographer

Highland Park Village managing director Stephen Summers could have told her it would be full. “We sent out our invitations,” he said, “and got back all yesses. That’s never happened.”

Billionaire banker Gerald “Jerry” Ford and his wife, Kelli, and Dallas Cowboys first lady Gene Jones and her daughter, Charlotte Anderson, were among those who turned out. Former Cowboys great Roger Staubach and his wife, Marianne, had a crew of Staubachs–daughters, Jennifer Gates, Michelle Grimes, Stephanie Philips and Amy Mentgen and granddaughters Gracie Grimes, Jordan Gates and Jessica Whitsitt. 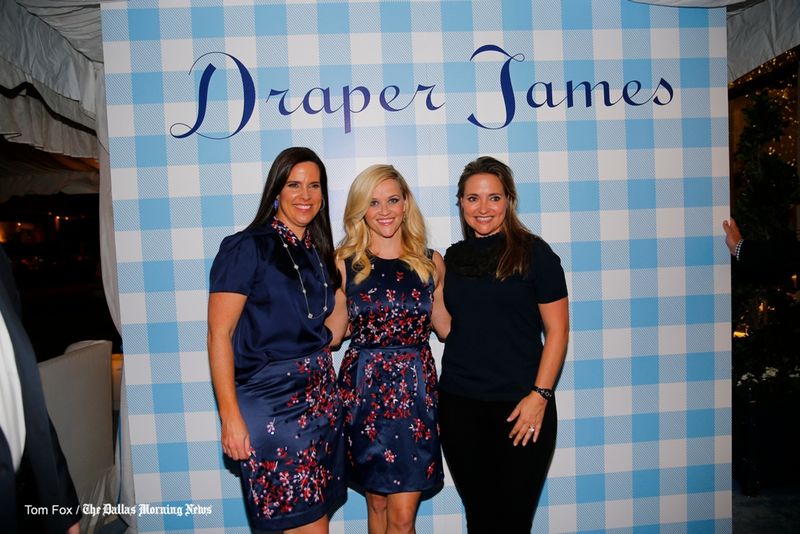 After Witherspoon opened her first Draper James in Nashville, she wanted a good location in Dallas for store number two. A friend in retail said, “Highland Park Village. It’s the center of everything.”

“So I texted Stephen Summers,” she said. “And I just said, ‘Hi this is Reese Witherspoon, can I have a store in Highland Park Village?’ Long story short, three months later I was down here walking around and I said, ‘This is where we have to have our next store.'”