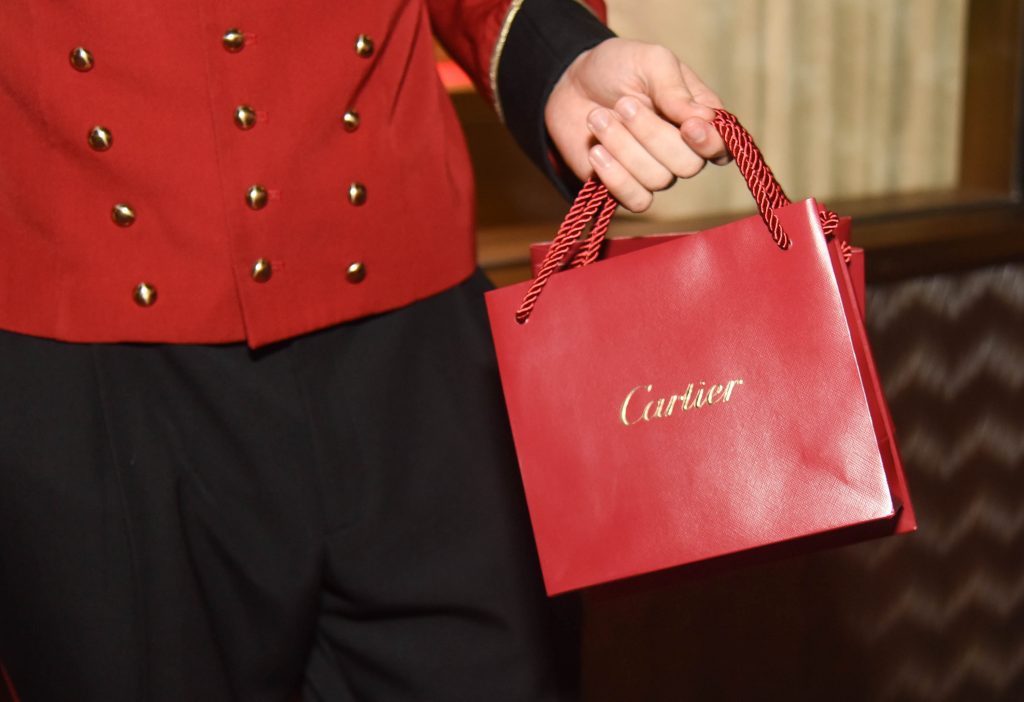 There were cases of exquisite haute joaillerie, mini champagne bottles, and party favors tucked into glossy red boxes, but the biggest wow moment from Cartier‘s Dallas store opening soirée was a photo booth with a giant black panther statue.

Cartier’s iconic symbol sat conspicuously regal in an opulent tent outside the Highland Park Village boutique, surrounded by guests eager to snap a pic with the fierce feline.

Specially on display: iterations of Cartier’s iconic Tank watch, which is celebrating its 100th anniversary. The style has famously appeared on the wrists of Catherine Deneuve, Andy Warhol, President John F. Kennedy, and Jacqueline Kennedy Onassis.

Meanwhile, beaucoup beautiful engagement rings and other diamond bijoux can be found in the diamond salon… dare we admit that is where we spent most of our time during the glamorous event.