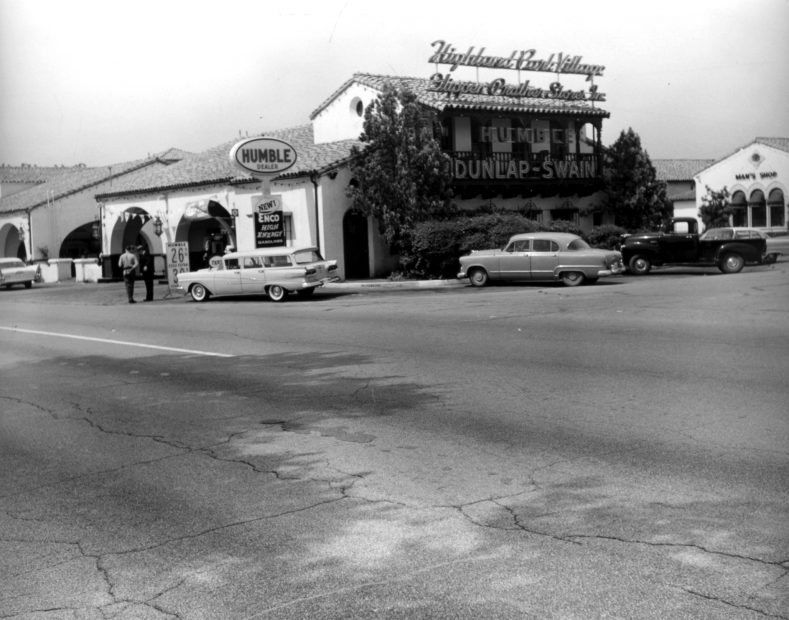 EVEN BEFORE IT HOUSED TOM FORD AND ALEXANDER MCQUEEN, HIGHLAND PARK VILLAGE WAS THE TONIEST PLACE IN TOWN.

Shoe shopping at Volk Brothers. Browsing aisles at Hunt Grocery Company. Catching a new flick at the swanky Village Theatre. Sipping tea in the S&S Tearoom before grabbing a bite at Sammy’s Restaurant.

Such was the scene when Dallas’ Highland Park Village — the country’s first al fresco shopping center — opened in 1931. There was no Hermès, Dior, Chanel, cocktails at Lounge 31, coffee at Royal Blue Grocery, boozy lunches at Café Pacific, or Rico salad at Mi Cocina, but the town square we know today as the pinnacle of luxury was the chicest destination in Dallas in its salad days.

Conceived in the early 1900s by Edgar Flippen and Hugh Prather, fashioned in its iconic Spanish Colonial style by architects Marion Fooshee and James Cheek in the late 1920s, and steered by the Henry Miller family for 33 years, Highland Park Village celebrates its 85th anniversary this year, ushered into a posh modern era during the past eight years by owners Heather and Ray Washburne and Elisa and StephenSummers.

The two dynasties crisscross chromosomes — Heather and Elisa are sisters — and descend from the Hunt multi-branched tree. Prescient landlords for such a bastion of luxury, to be sure.