With the brand’s timeless style and sophisticated edge, you’d never know the inception of Hadleigh’s took place a mere eight years ago in 2009. Now a contender in the fashion world known for their exquisite attention to detail and chic designs for men, women and children, Hadleigh’s continues to set precedent for craftsmanship among tailors around the world.

Created by Ed and Gable Shaikh, Hadleigh’s beginnings were modest. After studying at the Fashion Institute of Technology and interning with renowned designer Andrea Vittadini, Gable met her husband, Ed, at Ralph Lauren’s Dallas store here in HP Village. After marrying and starting a family, the pair opened their own atelier store in HP Village. Available by appointment only, the second floor atelier expanded to a ready-to-wear storefront in late 2009 that included not only menswear, but women’s and children’s garments. 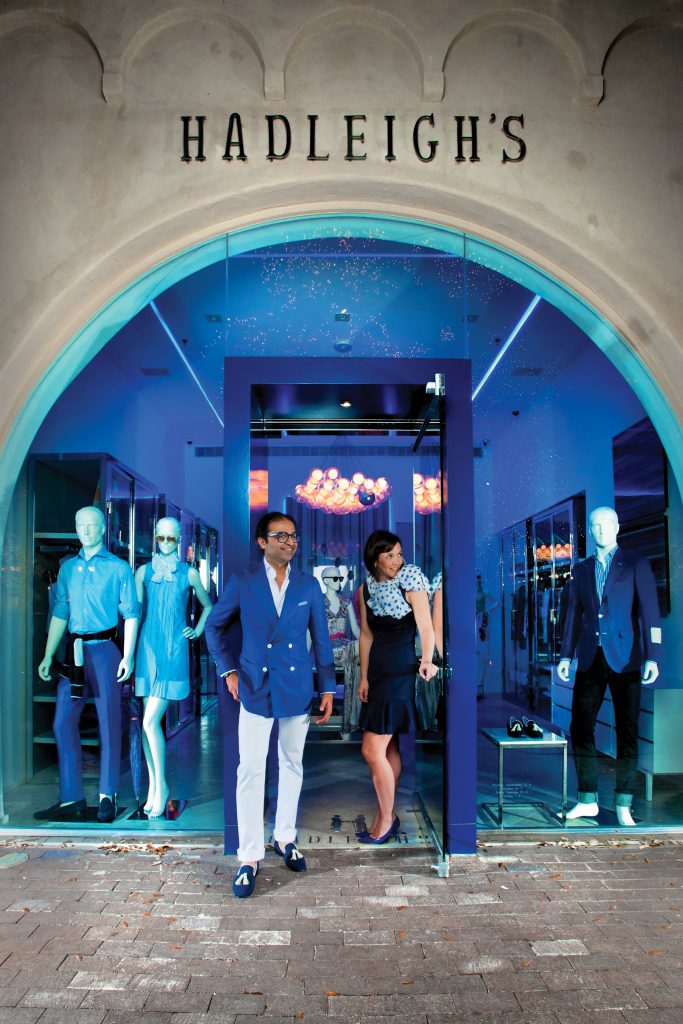 Husband and wife, Ed and Gable Shaikh, captured outside the Hadleigh’s storefront.

The brand became a mainstay hit after the inception of their signature smoking slippers that are instantly recognizable with the Hadleigh’s logo adorned on top. After the success of this distinctive shoe, the Shaikhs took the Hadleigh’s brand, named after their oldest daughter, national. With multiple awards under their belt, including being named “one of the best stores in America” by Esquire’s Big Black Book, Hadleigh’s prides itself on a dedication to craftsmanship. Everything from a little girl’s bow to the stitching in a custom tuxedo, no detail goes left untouched. 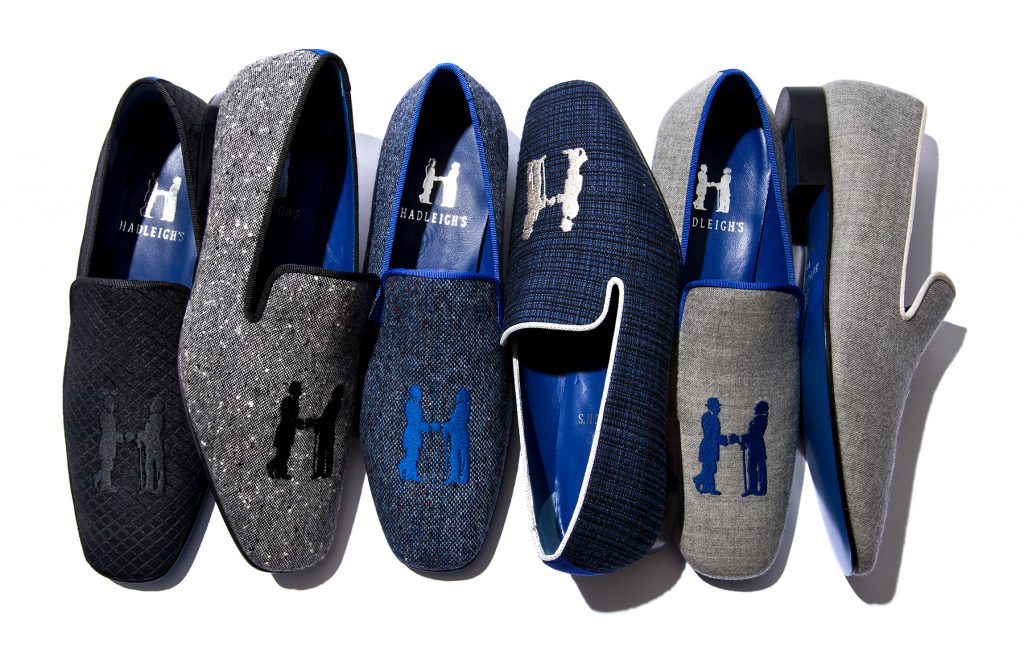 The signature Hadleigh’s smoking slipper became an instant hit for the brand.

This Fall, Hadleigh’s debuts a new men’s and women’s collection of classic silhouettes in luxury cashmere and sumptuous wool. Count on layered looks, hand-detailed accents and elegant outerwear in neutral tones to carry you through the season. 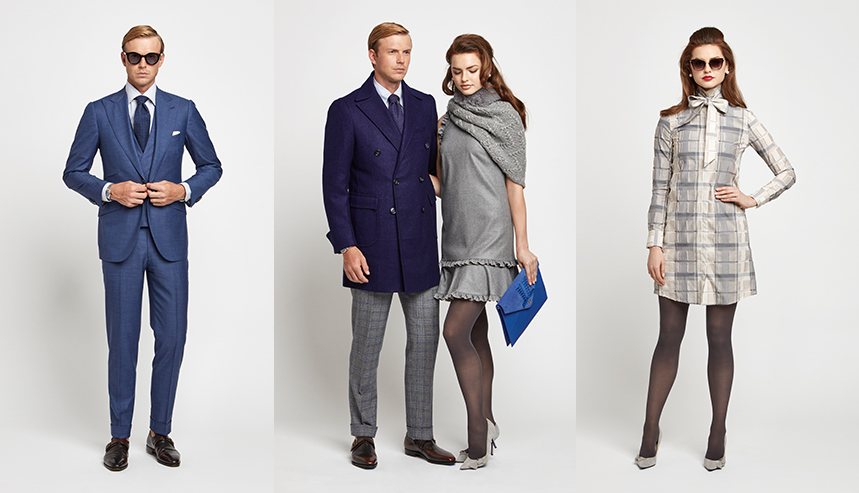