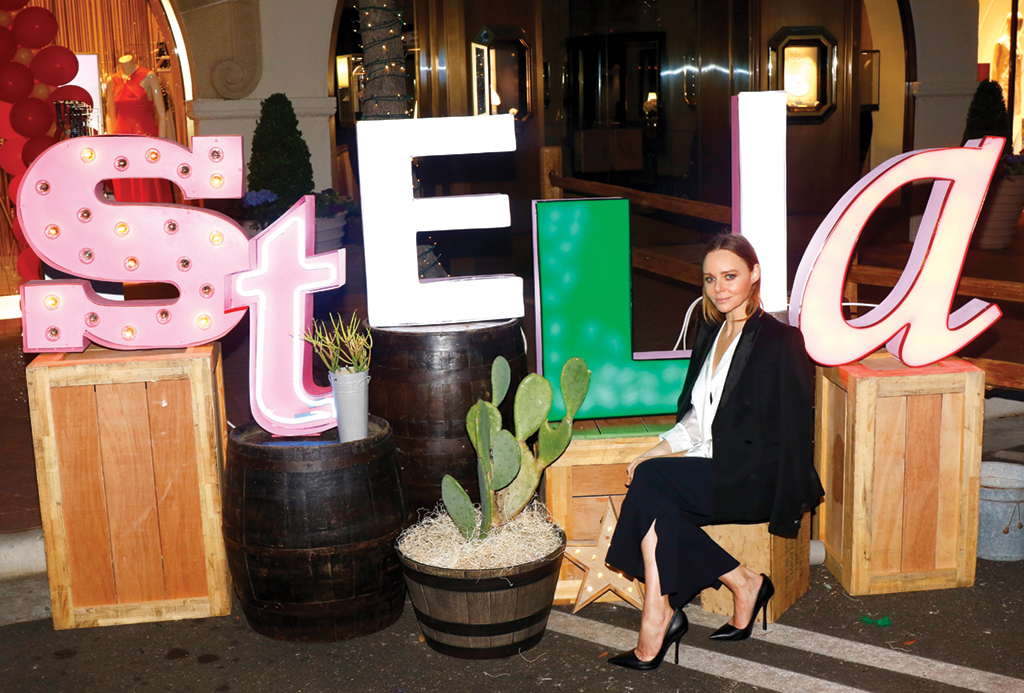 Highlights from the Stella McCartney Summer 2016 collection were showcased on models as they manned the game booths and mingled with guests. The collection composed of an explosion of colour, energy and movement is a true celebration of summer, exuding a vivacious and liberated spirit. Stella McCartney’s iconic everyday bag, the Falabella, is now available in 7 rainbow hues and the full Rainbow Pop Falabella Collection was also highlighted at the event.

A percentage of sales made at Stella McCartney’s store during the event and throughout the week will benefit the National Breast Cancer Foundation. The designer’s stay in Dallas is part of her tour in Texas and California, including stops at Neiman Marcus and her recently opened store in Houston’s River Oaks District.

Highland Park Village is a favorite among locals, as it has been for many generations. Built in 1931 and widely regarded as the country’s first true shopping center, the Village is internationally recognized for its architectural significance and mix of the world’s best-known upscale retailers including Akris, Alexander McQueen, Balenciaga, Carolina Herrera, CHANEL, Christian Louboutin, Dior, Ermenegildo Zegna, Escada, Harry Winston, Hermès, Jimmy Choo, Ralph Lauren, Stella McCartney, Tom Ford and more. Highland Park Village offers a range of complimentary services for our guests including complimentary personal shopping and valet parking. For more information about Highland Park Village visit our website – www.hpvillage.com.