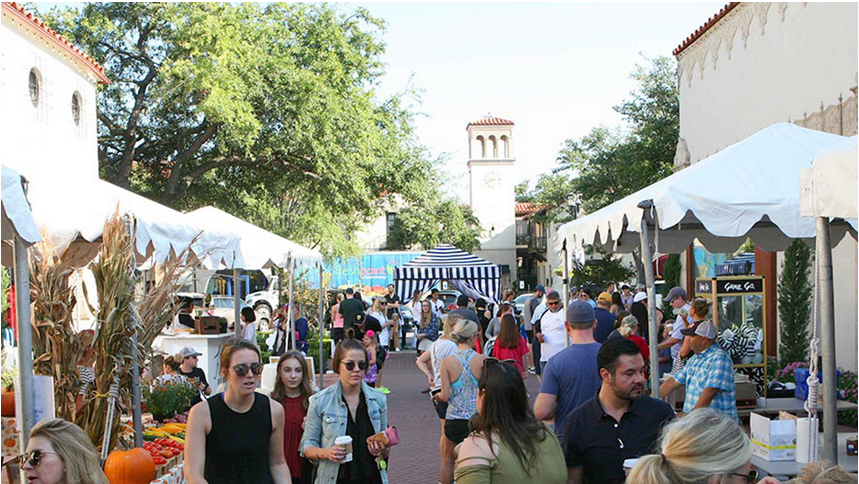 Garden & Gun will be a featured guest vendor on Saturday, October 21st joining locally-based tried-and-true staples of Highland Park Village LOCAL, including Becerra’s Tamales, kolaches from Naturally Curly Cook, andMother Beverage’s apple cider vinegar, plus a selection of new artisans. Executive managing editor Phillip Rhodes will be on site signing copies of the award-winning magazine’s newest book, “S IS FOR SOUTHERN: A guide to the South, From Absinthe to Zydeco,” available for purchase on site. The book signing is a unique opportunity to purchase the book before it hits bookshelves on October 24.

About “S IS FOR SOUTHERN: A guide to the South, From Absinthe to Zydeco”
From the team who released New York Times bestsellers “The Southerner’s Handbook” (2013), “Good Dog”(2014), and “The Southerner’s Cookbook” (2015), comes a lively tour of the contemporary Southern landscape: its institutions, people, culture, and influencers. “S IS FOR SOUTHERN” includes over 500 entries spanning every letter of the alphabet, from absinthe to zydeco, and over 100 signature essays from notable Southern writers and personalities including: Jon Meacham on the Civil War, Rick Bragg on Harper Lee, Roy Blount, Jr. on humidity, Jessica B. Harris on field peas, Jason Isbell on the Atlanta Braves, Julia Reed on the Delta, and much more. Informative, irreverent, and illustrated with black-and-white line drawings throughout,“S IS FOR SOUTHERN” is a must-read for all fans of the region and culture enthusiasts. Plus, it makes the perfect gift for the Southerner in everyone’s life.

A Selection of New + Signature Vendors for October Include

Highland Park Village is a favorite among locals and guests from around the world alike, as it has been for many generations. Built in 1931 and widely regarded as the country’s first true shopping center, the Villageis internationally recognized for its architectural significance and mix of the world’s best-known upscale retailers including Akris, Alexander McQueen, Balenciaga, Carolina Herrera, Cartier, CHANEL, Christian Louboutin, Dior, Ermenegildo Zegna, Escada, FENDI, Harry Winston, Hermès, Jimmy Choo, Ralph Lauren, Stella McCartney,TomFordandmore. HighlandParkVillageoffersarangeofcomplimentaryservicesforourguests including complimentary personal shopping and valet parking. For more information about Highland Park Village visit our website – www.hpvillage.com.