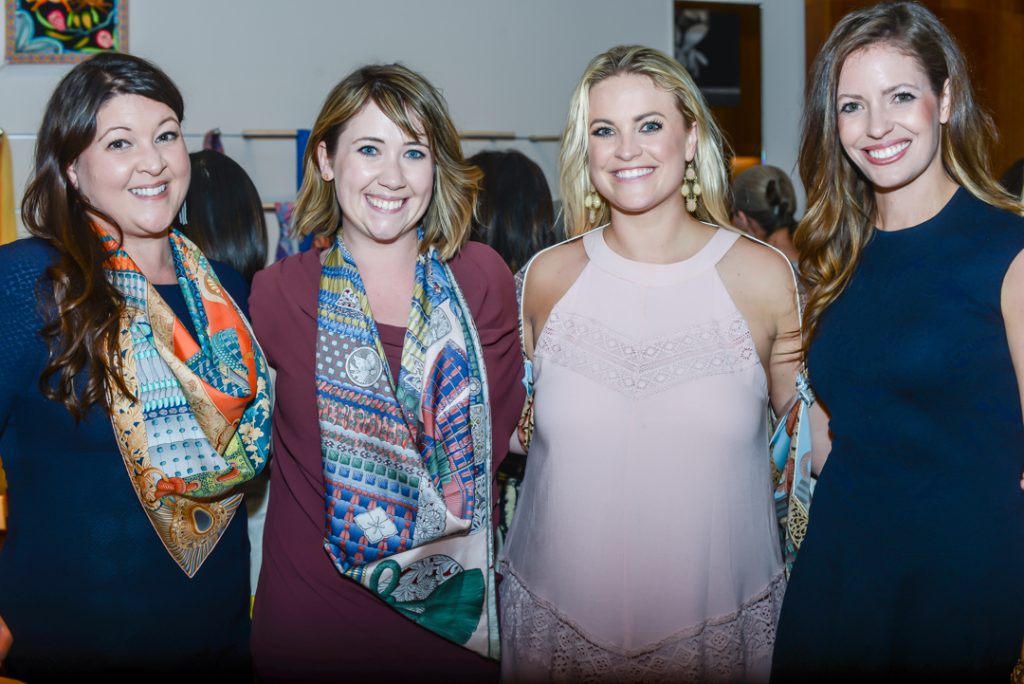 PC Moment: It was a kaleidoscope of color at Hermès’ Dallas store as guests gathered to fete its exquisite new collection, which pays homage to the ornate armor of medieval Japanese samurai warriors.

Inspired by Ann and Gabriel Barbier-Muellers’ Samurai Collection, which artist Aline Honoré saw during its first traveling exhibition at Paris’ Museé du quai Branly in 2011, Honoré incorporated 14 elements from the collection into the scarf’s design.

Such intricate details include floral motifs; clan coats of arms; and a suit of armor in bronze, iron, gold, leather, silk, and lacquer, all ranging from the 14th to the 18th centuries.

“It is the combination of art and armor, the boundless creativity of the objects’ forms, and the aesthetics used by these fierce and cultivated warriors that drew us in to assemble our collection,” says Gabriel Barbier-Mueller, whose private collection of nearly 1,000 samurai armor pieces (housed in the Ann & Gabriel Barbier-Mueller Museum in Harwooddistrict) is one of the largest of its kind in the world.

The silk twill scarves, which retail for $395 in 12 different colorations, are available at the Hermès boutique in Highland Park Village and online.

Be sure to say “hi” to David next time you are